In 2019, the bipartisan Setting Every Community Up for Retirement Enhancement Act (SECURE Act) — the first significant legislation related to retirement savings since 2006 — became law. Now Congress appears ready to build on that law to further increase Americans’ retirement security.

The U.S. House of Representatives passed the Securing a Strong Retirement Act by a 414-5 vote. Also known as SECURE 2.0, the bill contains numerous provisions that — if enacted — would affect both individuals and employers, including in the following areas.

Currently, qualified individuals age 50 or older can make catch-up contributions, on top of the standard contribution limits, to certain retirement accounts — an extra $6,500 for 401(k) plan accounts and $3,000 for SIMPLE plans. Beginning in 2024, SECURE 2.0 would boost those figures for individuals age 62 to 64 to $10,000 for 401(k)s and $5,000 for SIMPLE plans (indexed for inflation). In addition, the $1,000 annual catch-up for IRAs, which hasn’t changed in years, would be indexed going forward.

The SECURE Act eased the rules for required minimum distributions (RMDs) from traditional IRAs and other qualified plans. It generally raised the age at which you must begin to take your RMDs — and pay taxes on them — from 70½ to 72.

SECURE 2.0 would increase the age over the course of a decade. As of 2023, RMDs wouldn’t be mandated until age 73, going up to age 74 in 2030 and age 75 in 2033. This would give you more time to grow your retirement savings tax-free, bearing in mind that delayed RMDs may translate to larger withdrawal requirements down the road.

The bill would relax the penalty for failing to take full RMDs, too. Currently, the failure results in a 50% excise tax of the amount that should have been withdrawn. SECURE 2.0 would reduce the tax to 25% beginning in 2023. If corrected in a “timely” manner, the penalty would further drop to 10%.

Some taxpayers use qualified charitable distributions (QCDs) to satisfy both their RMD requirements and their philanthropic inclinations. With a QCD, you can distribute up to $100,000 per year directly to a 501(c)(3) charity after age 70½. You can’t claim a charitable deduction for this donation, but the distribution is removed from taxable income.

The bill would make this option more attractive. It would annually index the $100,000 limit for inflation. It also would allow you to make a one-time QCD transfer of up to $50,000 through a charitable gift annuity or charitable remainder trust (as opposed to directly to the charity). Both provisions would take effect in the taxable year following enactment of the law.

The House bill would require employers to automatically enroll all newly eligible employees in their 401(k) plans at a deduction rate of at least 3% (but no more than 10%) of the employee’s pay, increasing it by 1% each year until the employee is contributing 10%. Employees could opt out or change their contribution rates.

Annuities can help reduce the risk that retirees run out of money during their lifetimes. The SECURE Act encouraged reluctant employers to offer annuities by immunizing them from breach of fiduciary duty liability if they choose an annuity provider that meets certain requirements.

But an actuarial test in the regulations for RMDs has interfered with the availability of annuities. For example, the test commonly prohibits annuities with guaranteed annual increases of only 1% to 2%, return of premium death benefits and period-certain guarantees. Without such guarantees, though, many individuals are hesitant to choose an annuity option in a defined contribution plan or IRA. SECURE 2.0 would specify that these guarantees are allowed. The changes would take effect upon enactment of the law.

SECURE 2.0 recognizes that many employees are unable to contribute to their retirement accounts because of student loan payment responsibilities. Such employees miss out on matching contributions from their employers.

The bill would allow employers to contribute to certain retirement plans for employees who are making qualified student loan payments. If enacted, this would take effect for contributions made for plan years beginning after 2022.

The SECURE Act generally requires employers to allow part-time employees who work at least 500 hours for three consecutive years to participate in their 401(k) plans. Under SECURE 2.0, part-time employees would need to work at least 500 hours for only two consecutive years to be eligible for their employer’s 401(k) plan. The provision would be effective for plan years beginning after 2022.

SECURE 2.0 would create or enhance some tax credits for small businesses for tax years after 2022. For example, the SECURE Act increased the potential amount of the credit for retirement plan startup costs by capping it at $5,000 (up from $500). The three-year credit currently is available for 50% of “qualified startup costs” for employers with no more than 100 employees.

While the odds for passage of some form of retirement savings reform seem high in light of the bipartisan support for the SECURE Act and the new House bill, it remains to be seen what form it’ll take. The Senate is working its own bill, and the two would need to be reconciled before it reaches President Biden’s desk. The final legislation could add to, revise or remove the provisions described above. We’ll keep you up to date.

← Prev: Businesses must navigate year-end tax planning with new tax laws potentially on the horizon Standard business mileage rate will increase for the second half of 2022 → 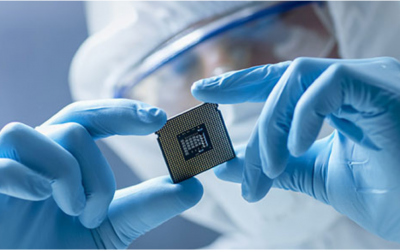 The Creating Helpful Incentives to Produce Semiconductors for America Act (CHIPS Act) was recently passed by Congress as part of the CHIPS and Science Act of 2022. President Biden is expected to sign it into law shortly. Among other things, the $52 billion package...

END_OF_DOCUMENT_TOKEN_TO_BE_REPLACED 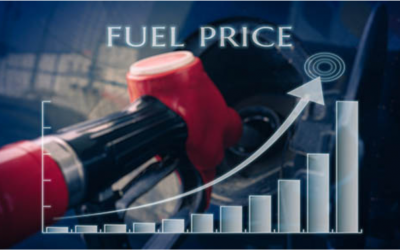 The IRS recently announced that it’ll increase the standard mileage rate for qualified business driving for the second half of 2022. The adjustment reflects the soaring cost of gasoline this year. In fact, as of June 13, the nationwide average price of regular...

END_OF_DOCUMENT_TOKEN_TO_BE_REPLACED 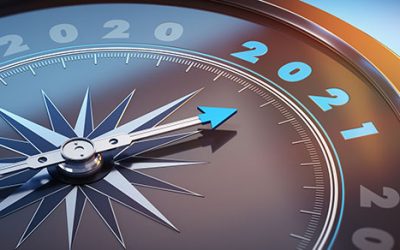 The end of the tax year is fast approaching for many businesses, but their ability to engage in traditional year-end planning may be hampered by the specter of looming tax legislation. The budget reconciliation bill, dubbed the Build Back Better Act (BBBA), is likely...