Paul David Thompson of WinCore Invest didn’t grow up dreaming of building a business. In fact, after college, he went to work as an engineer in corporate America, where he had a secure ‘9 to 5’ with a consistent paycheck.

Starting out as an individual contributor, Paul quickly decided that he wanted to be in the rooms where decisions were being made. He went into management. But with every door he opened, he discovered another to walk through as he climbed higher in the corporate structure. Ultimately, he realized that, “until you are the CEO of the company, you aren’t going to be the ultimate decision-maker.’

He started thinking, “I’m going to go do my own thing where I’m the one that decides where the room is in the first place. I wanted to build things that were interesting, and I found that building businesses was both interesting and complex.”

Instead of asking his boss for permission to take time off to spend with family, Paul wanted to be in a position to ask his family if it made sense for him to attend a conference on a weekend. A complete perspective change.

So, he started thinking…”What could I do that could create passive, residual income that I could put some work into and grow?”

“I chose it because I thought it was simple. I started by buying simple rental properties. It was easy to start small to see what worked. The impetus for all of this was to change my lifestyle.”

You just have to go do it.

After sitting in his corporate job for 15 years where it was safe, secure, and delivered a consistent paycheck, it was time to get out on the field and play ball. Fear set in. The nagging thought was present, “What if I fail?”

Ultimately, he realized, “that’s not how business works. You have to go out and do experiments and use a careful and measured approach.”

Starting with one property, it was sustainable while working full time so he bought more. His focus was to find deals at discounts (2015/2016) and buy at low interest rates. It was a measured and careful approach, and he wasn’t afraid to make mistakes.  Paul says, “My mistake was not trying for 15 years.”

Paul found someone through a Google search in a market outside of his and reached out. The would-be mentor responded by requiring Paul to purchase a specific hard copy book, read it, highlight it, and handwrite a 3 page essay about it. Then, he was to mail it to his mentor’s PO Box. Then, and only then, would this person talk to him. His mentor showed Paul who to follow and what conferences to go to taught by people with no other agenda than to teach the business of real estate. In a couple of years, Paul had attended over 20 conferences and had a masters level education in real estate.

From ‘doing’ business to ‘building’ a business

“I finally realized I didn’t have to know it all, that I needed to build a team around me.”

Once you start making some money and having some expenses, it’s time to get the right professional partners involved in your business. For Paul, this was the frustrating part of being a business owner and trying to grow.

He found it hard to find a ‘business oriented’ accountant or attorney who could see his vision and the business big picture. “Getting my attorney and accountant in the same room and on the same page, communicating in a way I could understand was the hardest part.”

He needed a business advisor, someone who could have deep high level conversations right away. As CPAs who are business advisors, we believe that the most valuable shortcut for every entrepreneur is to put them in a position of knowledge to understand their space, their goals, what they need to be doing, and how are they going to monetize before they go fall on their face and figure it out later. This saves 5, 7, even 10 years of anarchy.

You need an accountant, an attorney, a banker, etc. But, you need those experts to be business strategists who can align with your business goals and help you with what you should be doing before you go do it. This frees the entrepreneur to go build their business.

As an entrepreneur, you have to be willing to accept change. As Paul discovered, “I knew very early on that the reality in the business world is adapt or die.  Things are changing now faster than they ever have. Who could have predicted how the pandemic would have affect the real estate market? And, how can you predict what could happen in the next 3 years?

In 2012, there were 80 million Blackberries, and the last one was just shut down. In 10 years we went from institution to relic.”

The entrepreneurial mindset of opportunity vs stressful situation

Coming from a risk averse career background and never thinking he would own a business, Paul’s motivation was financial. He had to build an entrepreneurial mindset. If you are going to build your dreams, you can’t make decisions based on fear.

Running a business doesn’t have to run your life. Without a business partner who holds you accountable, it’s easy to be so busy ‘doing’ business that you don’t have the right strategy to grow your business. Accountants who are business strategists, like Harper & Company CPAs Plus, empower entrepreneurs to build the lifestyle they envision.

← Prev: How do entrepreneurs know they are going to succeed? Have you ever wondered what it’s like working in a CPA firm? → 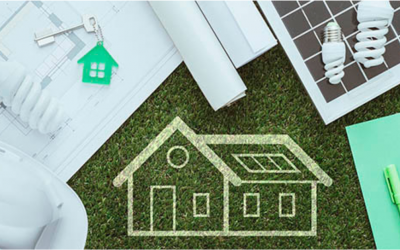 Mitigating the adverse effects of climate change is one of the primary targets of the recently enacted Inflation Reduction Act (IRA). To that end, the legislation is packed with tax incentives, including the significant expansion and extension of two tax deductions...

END_OF_DOCUMENT_TOKEN_TO_BE_REPLACED 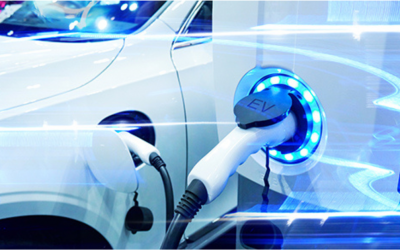 The Inflation Reduction Act (IRA) includes a wide range of tax incentives aimed at combating the dire effects of climate change. One of the provisions receiving considerable attention from consumers is the expansion of the Qualified Plug-in Electric Drive Motor...

END_OF_DOCUMENT_TOKEN_TO_BE_REPLACED 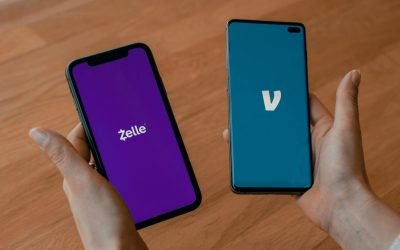 It has become a de facto standard, a lot of us do it. Over the past few years, apps like PayPal, Venmo, CashApp, and Zelle have made it easy and convenient to pay and accept payments for personal and business transactions.  Until 1/1/22… It wasn’t required for...